One of my favorite things about Christmas is the carols! There are so many memories linked to them, and they help to set the atmosphere of sentiment, peace, holiday, and contentment. Personally, I am partial to the carols written pre-1970s, where from the Carpenters on down the line to Nat King Cole, you have the classics where one measure and my inside memories light up like a tree.

One Christmas memory stands out starkly in my mind, and I'm not entirely sure why. When I was eight, my grandmother came for Christmas and sat on the carpeted stairs by the fireplace. Our record player (yes, I said record player) was located in the loft just above, and the music drifted over the railing. The song playing was the stringed melody of Perry Como crooning, "chestnuts roasting on an open fire...". The fire was crackling in the fireplace. I could smell dinner's roast beef from earlier and was tasting the powdered sugar of an almond mound cookie, a Christmas tradition in our house. And you know? That's all I remember. Just me. Just Grandma. Just - melody. It transitioned me into a lifelong memory that, with little effort and just a few notes, can transport me back to a moment in time.

Carols are like this. I believe it's one of the reasons why they are so treasured and cherished. But there are histories behind these songs too. Several of these are fabulous stories and even moderate stories of gentle times that should be passed along to future generations, so not only are the carols appreciated, but so are the tales of their compositions.

Here are just a few to share around your Christmas tree this year:

It's no hard guess what was happening in 1943 when Bing Crosby first crooned the version made famous of "I'll Be Home for Christmas." Deep in the trenches of World War II, the song struck the hearts of everyone at home and all the military men and women overseas fighting for the freedoms our nation continues to enjoy because of their sacrifices.

It became the most requested song during Christmas as U.S.O. shows in Europe and the Pacific. Yank, the G.I. magazine, said, "Crosby accomplished more for military morale than anyone else of that era."

While many of us are familiar with its tones from the movie White Christmas with Bing Crosby, the overall theme was the heartbeat of every soldier crouching in foxholes or storming beaches, or dropping shells. It's the ultimate holiday reunion and one that our children should never forget. The sacrifices of one of the greatest generations.

Christmas carols also tend to parallel a time of war. Not long after Napoleon had traversed Europe, engaging it in the well-known Napoleonic Wars, Joseph Mohr, who was an Austrian priest, is said to have taken a stroll and witnessed the peace and stillness of a wintery Austrian town, and penned the words to the carol. Later, in 1818, on Christmas Eve, he performed Stille Nacht Heilige Nacht alongside Franz Xaver Gruber, who had composed the music.

"An organ builder and repair man working at the church took a copy of the six-verse song to his home village. There, it was picked up and spread by two families of traveling folk singers, who performed around northern Europe. In 1834, the Strasser family performed it for the King of Prussia. In 1839, the Rainer family of singers debuted the carol outside Trinity Church in New York City." -WRTI

Since then, Silent Night has been translated into at least three-hundred languages and is a classic Christmas song recognized worldwide. It is also credited as the song that, years after the end of the Napoleonic War, stopped the World War in 1914 from a night of exchanging artillery to exchanging songs and gifts between the German and English forces.

(See a hauntingly emotional rendition of this here) 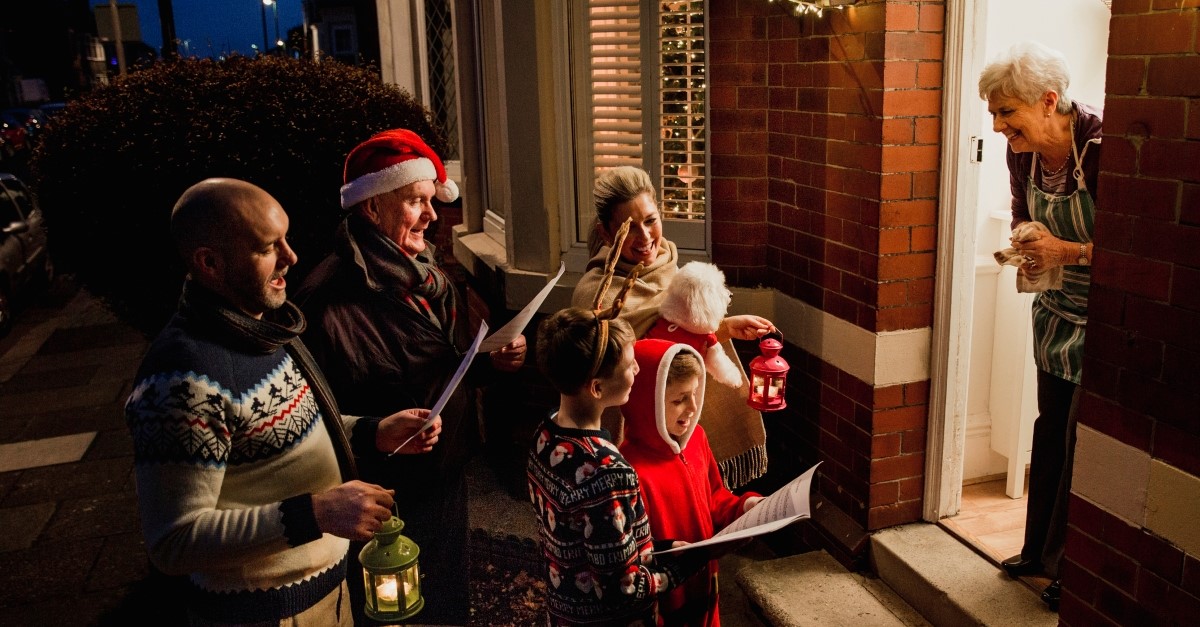 The history behind this Christmas staple is met with mixed opinions and even some controversy. Written in 1843, it was requested by a parish priest in southern France because there had been renovations to a new organ in their church. Because Placide Cappeau was known to have a way with words—although a non-religious man himself—the priest requested Cappeau's assistance. Furthermore, the priest also referred Cappeau to a mutual friend, Adolphe Adam, who was a Jewish composer. This resulted in the final culmination of "Oh, Holy Night," originally titled "Cantique de Noël."

Interestingly, this wasn't the end to the evolution of a very spiritual carol being penned and composed by artists who weren't particularly bent toward the traditional Catholic or Protestant faiths. While the hymn met with resistance once its lyrical master was identified as an atheist, the song had already taken fire and was kept alive. In 1855, a minister strong in Transcendentalism took the liberty of translating the song into English and altering some of Cappeau's original lyrics.

Take what you will from this intriguing history of, perhaps, one of the most meaningful spiritual songs of the holidays. It is important to note that despite man, God can still mightily work through the pen and the instrument. The song is alive and well and sung almost universally during the holidays.

There are so many unique and interesting stories behind Christmas carols. Many of them are simply lyrics penned in the "olden days" and set to tunes and melodies from the Middle Ages and early 17th and 18th centuries. Some stories are attached to carols that may be more legend than truth, and others are more lost to time than they have been recorded.

But isn't this part of the beauty of the Christmas season as we gather to celebrate the birth of Christ? A moment to pause, meditate and think about our faith, family, history, and what we are leaving for the generations to come.

The musical notes emphasize these memories, and music is a powerful force to evoke emotion and passion. Helping our children understand these songs' pasts will hopefully help bring further meaning to the words we listen to. The stories of those who have gone before us—whether those of the faith or those searching for the truth of Christ—are a platform for us to begin celebrating the Christmas season.

Don't you wonder what songs the shepherds may have hummed on their way to the stable to witness Christ's birth? Or perhaps even the wise men as they traveled for months to follow a star to a Child they didn't even fully comprehend?

May we not lose the songs of old, but more than that, may we not forget the memories attached and the faith they can inspire. Keep them alive this holiday season.

Jaime Jo Wright is the winner of the Carol, Daphne du Maurier, and INSPY Awards. She's also the Publishers Weekly and ECPA bestselling author of three novellas. The Christy Award-Winning author of “The House on Foster Hill”, Jaime Jo Wright resides in the hills of Wisconsin writing suspenseful mysteries stained with history's secrets. Jaime lives in dreamland, exists in reality, and invites you to join her adventures at jaimewrightbooks.com!

This content first appeared on Crosswalk.com and is used here with permission. To view the original visit: https://www.crosswalk.com/family/parenting/christmas-carols-their-history-and-why-to-share-it-with-your-kids.html