A pot-stirrer and a peacemaker live inside every human. The problem is—they only have one tongue to share. Who will win the right to the microphone? According to Scripture, the heart decides (Luke 6:45). But the boundary line between drama and diplomacy may not be as clear as you think.

What Does the Bible Say About Pot-stirring and Peacemaking?

Although the term “pot-stirring” doesn’t technically appear in scripture, the concept certainly does. Thousands of years before social media provided agitators and instigators with a worldwide platform, drama-prone Biblical figures had no trouble using their voices to stir up conflict among the masses.

From Delilah’s hair-raising seduction, and Jezebel’s prophet-less manipulation, to Haman’s power grab, and Herod’s baby purge we find that modern pot-stirrers have nothing on their Biblical counterparts.

Knowing humanity’s propensity for dispute, God faithfully provided sound doctrine to cover all the bases. Warnings about the dangers of pot-stirring ring true from Genesis to Revelation, but New Testament instruction reads as if God Himself were scrolling current posts and thumbing a reply to modern-day Believers.

“But avoid foolish controversies and genealogies and arguments and quarrels about the law, because these are unprofitable and useless. Warn a divisive person once, and then warn them a second time. After that, have nothing to do with them.” (Titus 3:9-10)

“Remind the believers of these things, charging them before God to avoid quarreling over words, which succeeds only in leading the listeners to ruin.” (2 Timothy 2:14)

“Accept the one whose faith is weak, without quarreling over disputable matters.” (Romans 14:1)

Likewise, Scripture has much to say about peacemaking. Christ, who is our peace, commands Believers to live in harmony with each other. He also instructs us to make every effort to promote peace in our interactions with the unsaved world (1 Corinthians 1:10, Romans 12:18, Colossians 3:15).

Peace within the Church directly affects a Christian’s usefulness beyond the fold. God uses unity within the Body of Christ as a billboard for His love. Just like a shipwreck victim would swim hard and fast away from a life raft, if two sharks were fighting over it—nothing repels an unregenerate soul from the Gospel like two Christians engaged in spiritual debate.

When professing Christians use difficult times as an excuse to spar over spiritual matters in a public forum, Satan gains sacred ground. He uses our words to divide us from each other and to distort God’s image to the lost world.

But when the world sees Christ’s perfect peace at work within His Body—especially in the midst of fiery trials—the lost are drawn to a force they can’t comprehend and the Truth that will set them free (Romans 15:5-9).

This is where the subject gets complicated. If we define a pot-stirrer in the most general sense, the term simply refers to “one who causes unrest.” Granted, most people think of pot-stirrers as disruptive, annoying, provokers of trouble. And from the serpent in the Garden of Eden, to the crowd who shouted, “Crucify him!” scripture provides clear evidence that some who stir the pot do so with evil intent.

However, aren’t the most important historical and scriptural events always initiated by some amount of pot-stirring?

People hate change. Newton's first law of motion states, "An object at rest stays at rest and an object in motion stays in motion with the same speed and in the same direction unless acted upon by an unbalanced force." Pot-stirrers act as that “unbalanced force” that scratches the chalkboard of complacency and brings our happy hamster-wheel momentum to a screeching halt.

When inertia propels us toward a brick wall, interruption, interference, and redirection are necessary. Positive change can’t happen unless a disturbance occurs, and pot-stirrers have a knack for disturbance. In fact, Jesus is the greatest pot-stirrer of all. From the moment we’re reborn till the day we enter eternity, Christ’s indwelling holiness wreaks havoc on our happy hamster-wheel spiral of sin.

While God is busy at work, chiseling away our old nature to conform us to the image of His Son, our flesh screams in horror. As much as we long for the treasure inside us to shine through our “jars of clay,” we wish it didn’t require God’s pot-stirring, and pot-breaking, methods.

But this brand of pot-stirring is necessary. It’s the reason Jesus came (Matthew 10:34) and He assures us that, “these light and momentary troubles are achieving for us an eternal glory that far outweighs—” all the discomfort (2 Corinthians 4:17).

Biblical pot-stirrers like Deborah saw trouble on the horizon and cut it off at the pass by going against the grain of polite society and calling God’s people into account for their sin, cowardice, and complacency (Judges 4). Her actions still raise eyebrows in some Christian circles today, but there’s no denying that God used her timely disruption of the status quo to bring about forty years of peace for Israel.

Moses could have easily lived his whole life in the luxury of Pharoah’s palace, but he refused that privilege and instead, “He chose to be mistreated along with the people of God rather than to enjoy the fleeting pleasures of sin” (Hebrews 11:26). Through his sacrificial stand, Moses thoroughly disturbed his fellow Hebrews’ way of life—and led them into freedom from slavery.

In a seemingly rebellious act against the wishes of her husband, Abigail approached David with wise words, gifts of appeasement, and a plea for mercy. Her bravery and Godly discernment may have caused tongues and fingers to wag in dispute, but they also kept David and his mighty men from the sin of vengeful “bloodshed” (1 Samuel 25).

The intentions of pot-stirrers aren’t always pure, but in the hand of the Almighty, pot-stirrers can be used as trailblazers, truth-bearers, and yes… peacemakers. 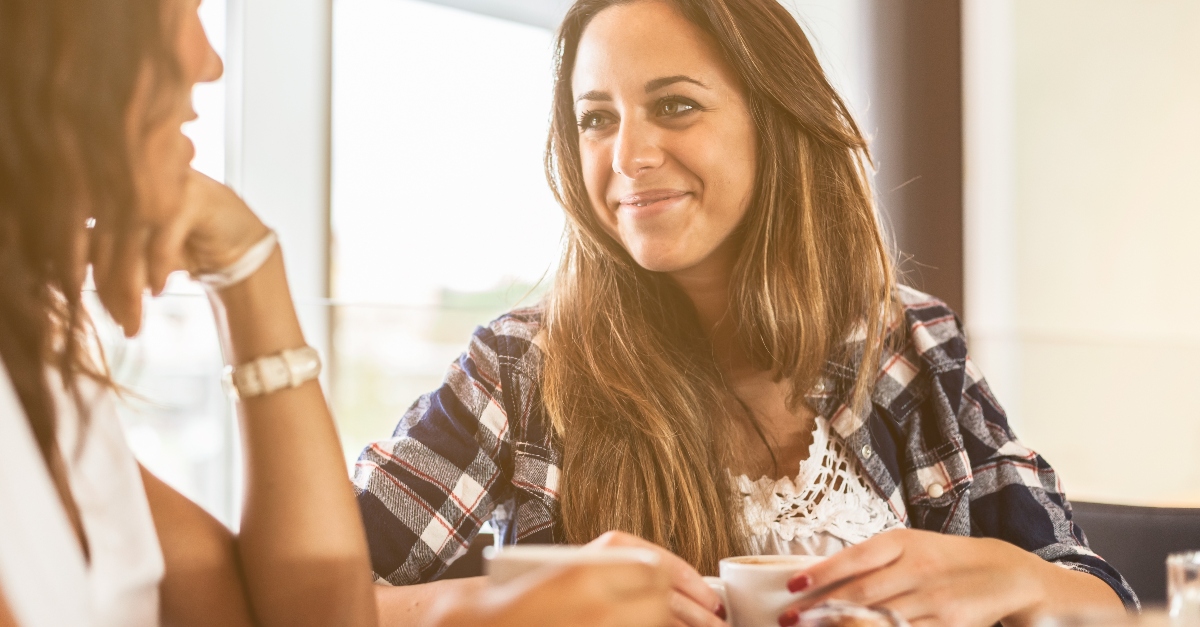 True peacemaking is always an honorable pursuit, but the role of a peacemaker is often confused with that of a peacekeeper.

A true peacemaker actively seeks resolution in times of conflict. They prayerfully and humbly allow God to use them to bring about restoration—even when the stakes are high. In the face of opposition, the peacemaker is not concerned about winning an argument, defending a cause, or proving who’s right. Instead, the peacemaker loves his opponent enough to “gently instruct, in the hope that God will grant them repentance leading to a knowledge of the truth” (2 Timothy 2:24-26).

On the other hand, a peacekeeper will preserve peace at all costs. They run from conflict and avoid situations that place them in the middle of controversy. Peacekeepers pride themselves in the fact that their love, tolerance, and acts of service breakthrough religious barriers to reach the masses. Peacekeeping ideals have built megachurches and fueled missionaries. But if peacekeepers refuse to share the truth of the Gospel, for fear that it may offend, their outreach will only provide a temporary hospice for the multitudes of Hell-bound souls in their care (Jeremiah 6:14, 1 Thessalonians 5:3, 2 Timothy 4:2-4).

Are You a Pot-stirrer or a Peacemaker?

When a spark of conflict arises within your sphere of influence, are you lighter fluid or the fire extinguisher? Here are a few introspective questions that can help you discover whether you’re a pot-stirrer, in the negative sense—or a true peacemaker.

Are you driven to gossip, or are you grieved by rumors? When a pot-stirrer hears a tidbit of information through the grapevine, they tend to interrogate the grapes till every juicy detail is drained. Have you ever justified your nosiness as a quest for the truth, then felt obliged to share what you learned with others? If so, you may be a pot-stirrer.

Does your heart sink when you hear a name whispered in hushed tones? Do rumormongers avoid you because they know you’re a dead-end stop for their gossip train? Are you bold enough to squelch a rumor even when it’s served as a joke, in a group of casual listeners? You may be a peacemaker.

Do you feel energized while involved in a heated discussion or relieved when it’s resolved? A competitive nature can be a great asset during sporting events and video games, but a personal win should never be the goal when discussing spiritual matters. Whether we’re involved in a serious conversation with a family member or disputing an acquaintance’s social media posts, our only objective should be to reflect the heart and image of our Creator.

If you delight in one-upping a spiritual opponent with words, or even Scripture, you may have pot-stirring tendencies. If you meekly work through a difficult encounter with someone who believes differently than you, then rejoice that you had the opportunity to share the Gospel, you may have the heart of a peacemaker.

Do you harbor silent grudges to use as future weapons, or do you forgive completely? Pot-stirrers secretly stockpile ammunition to use in verbal battles. They seem to thrive on unresolved offense because anything someone else says can and will be used against them in a future war.

Peacemakers don’t gloss over offense, nor do they harbor it; they deal with grievances thoroughly either through loving confrontation or by surrendering the offender into God’s custody. Either way, forgiveness frees the peacemaker from the poison of the offense (Hebrews 12:14-15).

Are you fighting God’s battles or your own? Pot-stirrers are so busy brawling with human opponents in political, religious, and social realms that they neglect to recognize the real enemy. They attempt to combat lies, in God’s name, by shooting pithy rounds of truth and wisdom into crowds of people. By doing so, they miss the target entirely.

Peacemakers understand that this culture’s war on truth can only be fought against the father of lies—who is currently holding our human opponents in chains of deception. Peacemakers grieve over the plight of those who are deceived, and desire to set them free (2 Timothy 2:24-26). 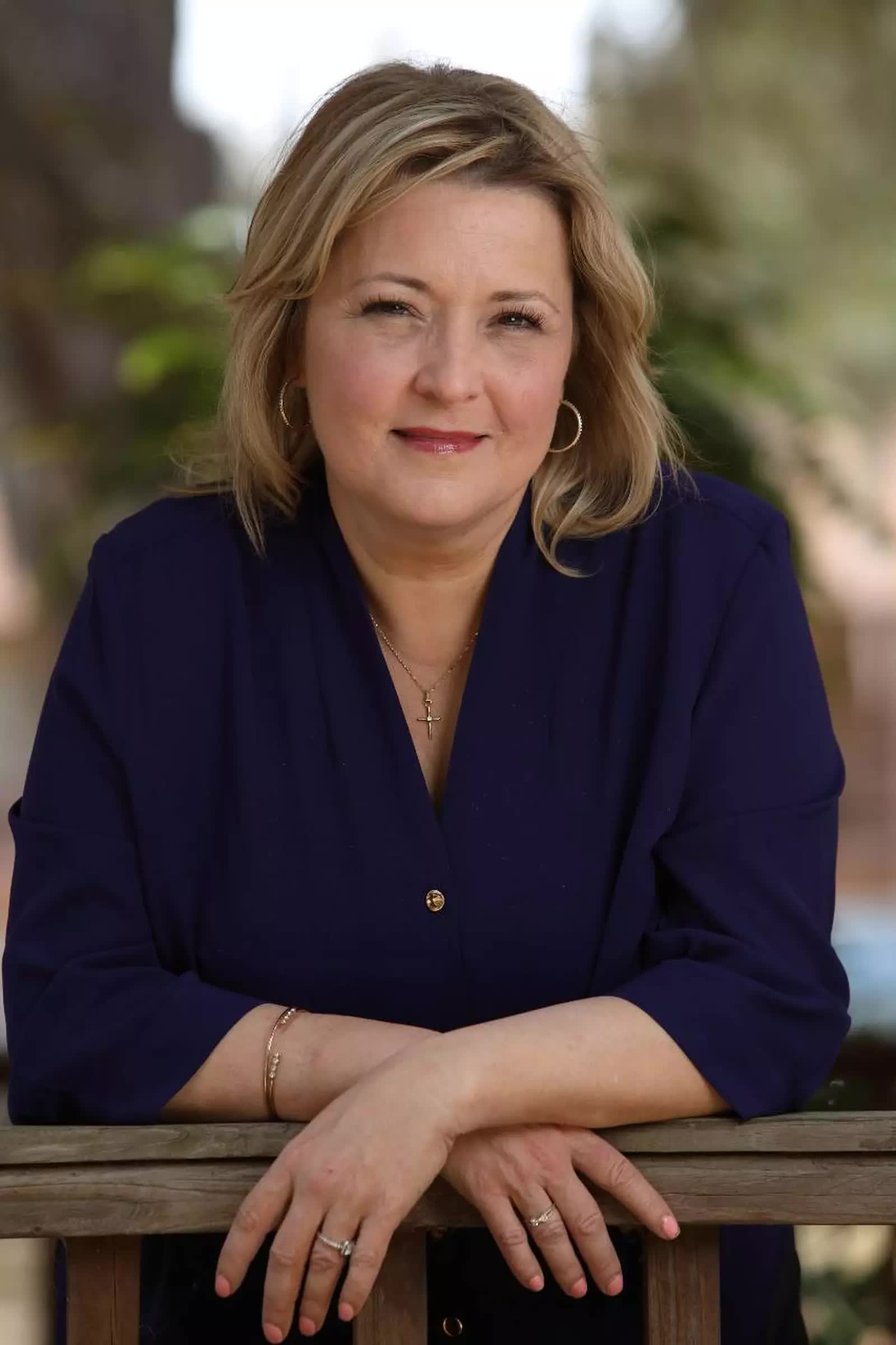 Annette Marie Griffin is an award-winning author and speaker who has managed and directed children’s and youth programs for more than 20 years. Her debut children’s book, What Is A Family? released through Familius Publishing in 2020. Annette has also written curriculum for character growth and development of elementary-age children and has developed parent training seminars to benefit the community. Her passion is to help wanderers find home. She and her husband have five children—three who have already flown the coop and two adopted teens still roosting at home—plus two adorable grands who add immeasurable joy and laughter to the whole flock.

This content first appeared on Crosswalk.com and is used here with permission. To view the original visit: https://www.crosswalk.com/faith/spiritual-life/are-you-a-pot-stirrer-or-a-peacemaker.html