How many authors does the Bible have? One? Many?

The answer to this question is “yes.” In one sense Christians believe the Bible’s claim to be “God-breathed.” We believe what the apostle Peter said when he tells us: “no prophecy of Scripture comes from the prophet’s own interpretation because no prophecy ever came by the will of man; instead, men spoke from God as they were carried along by the Holy Spirit”. Yet, we also believe that God used several human authors to perfectly accomplish His will in writing the Scriptures.

So, how was the Bible written? When we realize how the Bible came to be it is truly marvelous.

How Was the Bible Written?

I suppose it would be good for us to begin by defining “the Bible.” When I use the term “Bible” I mean 66 books—39 in the Old Testament and 27 in the New Testament. These 66 books are diverse and yet all tell one foundational story—the story of Jesus.

These 66 books also span a time period of around 1500 years (This is an encouragement to any of us authors who think our books are taking forever to complete). But it’s actually difficult to nail down when the book was actually “written” as much of the material likely survived through oral tradition. It’s possible that a book like Job is as old as the time of Abraham but wasn’t actually given pen to paper until a much later date. Most would place the oldest books to at least 1500 BCE and the last book of the New Testament written perhaps as late as 96AD.

Unless your author is Methuselah, if a book takes over 1500 years to compile you can imagine that it has many different authors. Some would say that there aren’t multiple authors but multiple communities which wrote these books. Even if you take a single author approach there are still over 35 different authors of the Bible spanning many years, different life situations, different locales. The most prolific authors in the Old Testament were Moses, Ezra, Jeremiah, and perhaps Samuel. In the New Testament, Paul wrote a majority of the books—but Luke actually has written the most words.

It is also astonishing to think of all the ways in which the Bible was preserved. It began, quite likely, as oral tradition but eventually was given a written record. Some were scratched on potsherds, others used wax tablets, as well as stone, wooden, or clay tablets. The most common writing material was parchment and papyrus.

There is no other book that was compiled over such a lengthy period, boasts that many authors, that many locales, and still carries within it one central and unified message. The Bible is truly unique in this regard.

How Were the Authors Chosen?

A question like this can mean a couple of different things. If one is asking why God picked Paul to write Scripture, then that answer is not revealed to us. He picked Jeremiah, Moses, or any other prophet because that is what he determined to do. There does not seem to be any sort of job description in the Scriptures for the type of person that God determines to use to speak His words.

Likely, a question like this is asking why the writing of Paul to the Galatians was considered to be Scripture but the writing of the Shepherd of Hermas didn’t make the cut. One myth that has refused to die is that spun by John Pappus in the early 1600s. This myth is that at the Council of Nicea the men in charge placed all the books side by side on a divine table in the house of God, and “as they prayed, entreating the Lord that the divinely inspired books might be found upon the table, and the spurious ones underneath.” According to this legend that is exactly what happened and that is how we have our books of the Bible.

That story doesn’t hold much water. For one, the Council of Nicea met to discuss other theological issues; which books should be considered canonical was not part of that particular conversation. In reality, a council did meet in the 4th century but they only recognized what had been practiced in the churches for many years prior. They did not make anything Scripture. They only received that which was Scripture. In other words, this council did not make something the writing of God, but rather they acknowledged the fingerprint of God on these particular writings. 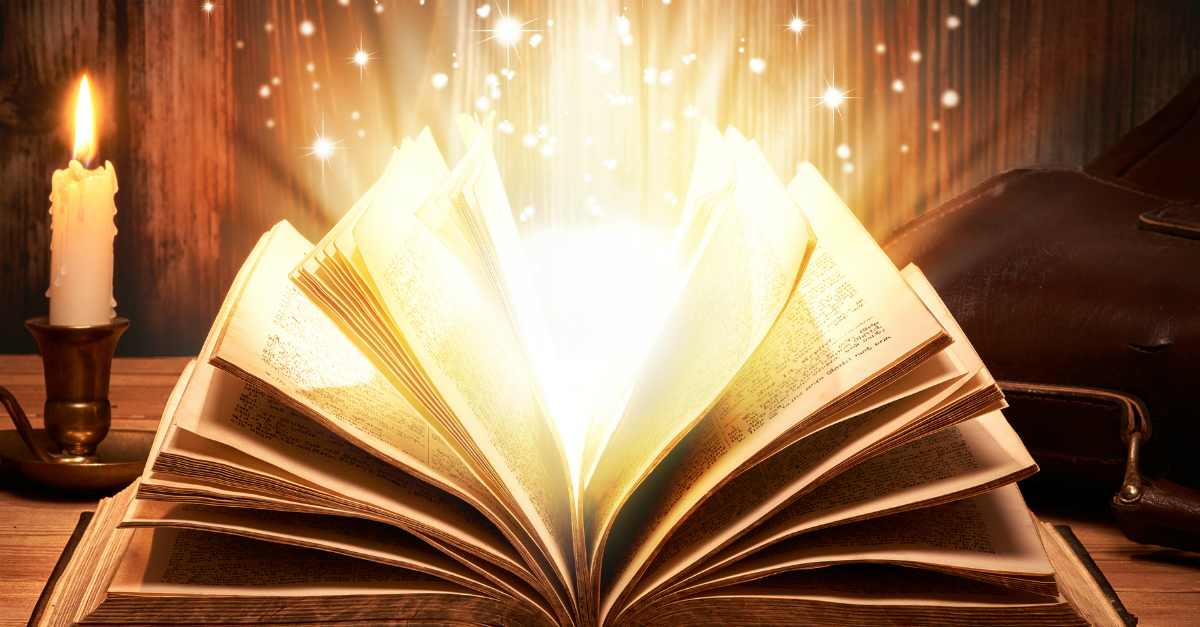 Was the Bible Really God-Breathed?

How was the Bible written by God? With any piece of literature, you allow the “author” to speak for himself/herself. Scripture claims to be the Word of God and therefore must be treated based upon this claim. God is the only adequate witness to Himself and so only God can identify His Word. It may seem (and even be) a bit circular in reasoning but you test Scripture (and any other book claiming to be written by God) by Scripture itself. It is self-attesting, and we are convinced of the truthfulness of this claim by the internal witness of the Holy Spirit.

Scripture itself claims to be “breathed out by God.” What does that mean? And what are the implications of this? Another term for “God-breathed” is inspiration. I’ve found Millard Erickson’s definition of inspiration one of the most helpful:

“By inspiration of the Scripture we mean that supernatural influence of the Holy Spirit upon the Scripture writers which rendered their writings an accurate record of the revelation or which resulted in what they wrote actually being the Word of God.”

But how did this happen? How exactly did God inspire the authors to write Scripture? When I teach this, I use a continuum from left to right and place my own position at the very end (I am indebted to Robert Plummer in his 40 Questions About Interpreting the Bible for much of the language here).

On the far left is the intuition theory. According to this view, the writers of the Bible have a “natural religion intuition. This really is not much of a theory of “inspiration” because the more conservative of this view simply believe that the writers of Scripture had great artistic ability and religious insight. But Moses, Luke, John, Paul, etc. are qualitatively no different than Plato, Mohammed, Buddha, or any other religious author.
Sum: Moses had special religious insight.

Closely akin to this view is the illumination theory. This view does hold that the Spirit of God did work on the minds of the authors but not in any way different than how he communicates with the rest of humanity. The degree of the spirits influence is different, but not its kind. Sum: Out of his own spiritual life and understanding Moses writes about his experience.

Now moving further right is the dynamic theory. This is sometimes called the concept theory—because this view holds that God gave “definite, specific impressions or concepts” to the biblical authors but allowed them to communicate these concepts in their own words. The phrasing of the Bible is human but the overall message is determined by God. Sum: God gave Moses ideas and Moses wrote them in his own words.

On the far right is what is known as the dictation theory. This is sometimes called the mechanical or type-writer theory because it believes that God dictated the exact words to the human authors. The authors of Scripture exercised no human will in the composition of their writings. Sum: God told Moses what to write, and he wrote it exactly.

The view that I hold is what is known as the verbal plenary theory. That is a pretty fancy way of saying “God inspired the complete text(s) of the Bible, from Genesis to Revelation, including both historical and doctrinal details. This view holds to dual authorship of the Scriptures. The authors of the Bible wrote as “thinking, feeling, human beings” but God “mysteriously superintended the process that every word written was the exact word he wanted to be written—free from all error.” Sum: Supernaturally, Moses freely wrote exactly what God wanted him to.

The Bible is an amazing book. But it is far more than an amazing book, it is the very Word of God given to humanity to tell us the way of salvation. From Genesis to Revelation, it testifies of the fullness of Jesus. Every page testifies to Him as our Rescuer and Redeemer.

Far from being stale or a magical book, the Bible is the greatest story ever told.

Mike Leake is husband to Nikki and father to Isaiah and Hannah. He is also the lead pastor at Calvary of Neosho, MO. Mike is the author of Torn to Heal and his writing home is http://mikeleake.net

This content first appeared on Crosswalk.com and is used here with permission. To view the original visit: https://www.crosswalk.com/faith/bible-study/how-was-the-bible-written.html

Who Do You Look to for Help? - iBelieve Truth: A Devotional for Women - January 25