Lily Houghton is an independent, adventurous, and selfless woman living in the early 1900s who wants to change how society views medicine. She believes it's unacceptable that some ailments can't be cured. But she has a plan. Her father once told her of a mysterious plant deep in the Amazon that will "heal anything." Some people believe it's only a legend. Lily, though, is a believer. "Just imagine the lives that could be saved," she says. So Lily hires a boat skipper, a wise-cracking man named Frank, to take her down the Amazon River in search of the plant, the "Tears of the Moon."

Unfortunately for Lily, several villains are also searching for the Tears of the Moon, including a German military officer who believes it can help his country win World War I.

The new Disney movie Jungle Cruise (PG-13) tells the story of Lily and Frank as they dodge bullets and bad guys in search of a fabled medicine. It stars Dwayne Johnson as Frank and Emily Blunt as Lily.

Here are three things parents should know about Jungle Cruise: 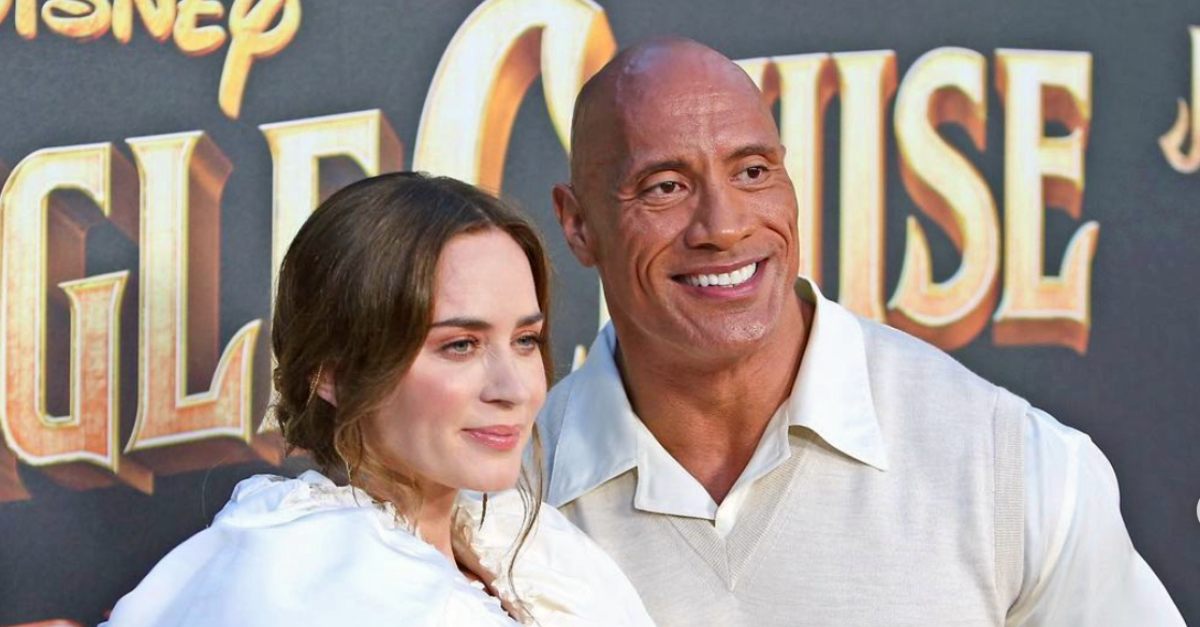 1. It's Based on a Disney Ride

The idea for the film came from the popular "Jungle Cruise" ride built at four Disney theme parks, including Florida's Disney World and California's Disney Land. The ride debuted in 1955 at Disney Land with an educational focus and was based on Disney's True-Life Adventure documentary films about nature. Like the film, it included a guide, a boat, and an adventurous trip down a (manufactured) river with encounters with animatronic animals.

The current Disney Land version includes a ride through the rain forest past numerous (fake) animals, including elephants, rhinoceroses, monkeys, and giraffes. It still includes a few educational moments and -- like the film -- plenty of corny jokes. Director Jaume Collet-Serra told Fab TV that the Jungle Cruise ride is one that people have enjoyed "with their families -- you can bring a newborn or your grandma."

"That's the kind of movie that we made -- the whole family could watch [it] together," he said. 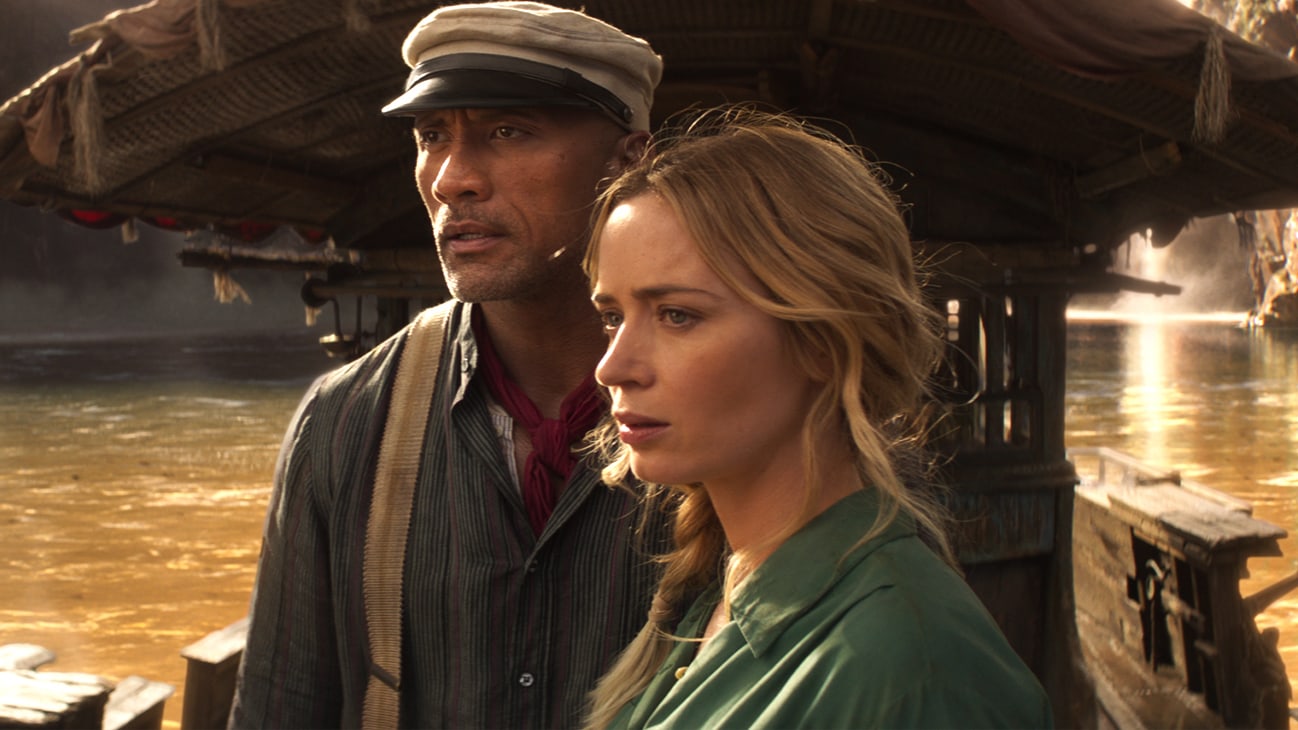 2. It's Funny and Amusing, with a Lesson on Immortality

Jungle Cruise is an adventure romance in the same vein as other films that were marketed to families (National Treasure and the Indiana Jones series come to mind). Lily needs his river expertise. He wants her cash. At times, each wants to push the other overboard -- his selfishness troubles her; her aggressiveness bothers him -- but they also end up falling in love.

The film incorporates the "dad joke"-type humor from the Disney ride into the film, with Frank taking the role of the comedian. The best humor involves his interactions with Lily. (Asked to translate her words about the Tears of the Moon for an indigenous tribe, he tells them in their language, "She doesn't mind if you kill her.")

The plot is simple yet entertaining. It also has enough twists to keep you guessing (including one major shocker). It's a mixture of Pirates of the Caribbean, National Treasure, and Romancing the Stone. For fans of animals and adventure -- and for young moviegoers who don't need a complicated story -- it's worth the ride. The film is aided by great on-screen chemistry between Johnson and Blunt. Despite a mostly thin plot, Jungle Cruise tackles a deep subject at the heart of Scripture: eternity. Although Lily's desire is admirable, others in the movie aren't so innocent. They want the plant for money, power, and fame.

Of course, Jungle Cruise isn't the first movie to examine our desire to live forever. We are attracted to such stories because -- in the words of Ecclesiastes 3:11 -- God "has planted eternity in the human heart." We know our days are numbered. We know this world cannot bring true joy. Tragically, though, our world chases eternity all the wrong ways. Eternity is attainable, but not on this side of death. Only Christ can save us. 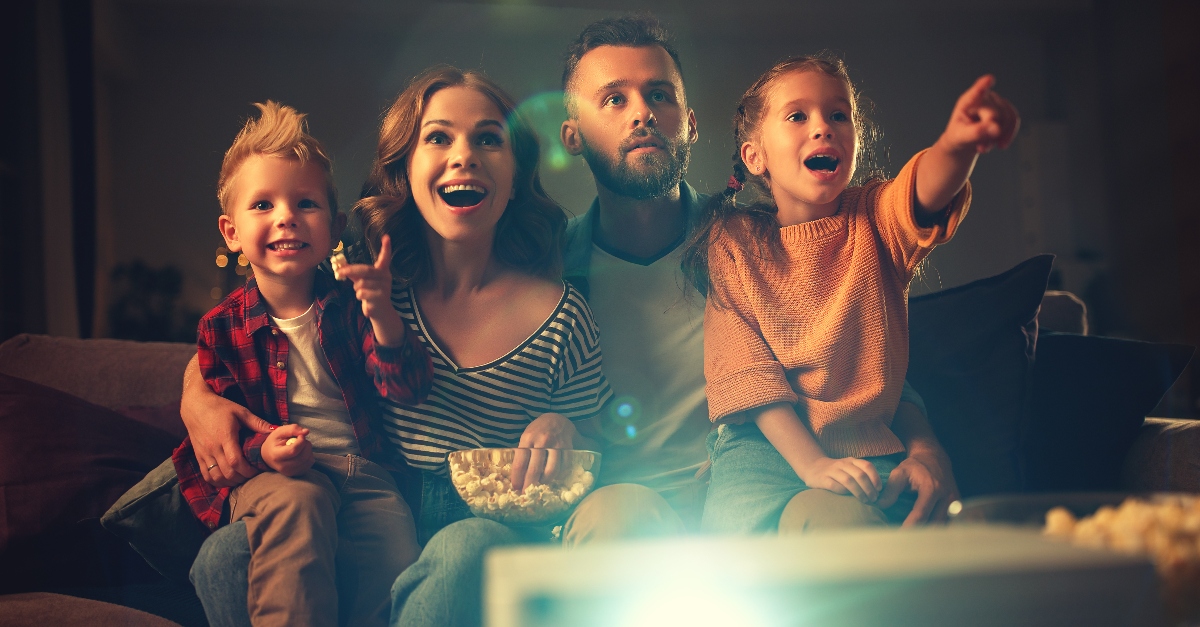 3. It's a Mixed Bag for Families

Jungle Cruise has minimal language (details below) but earns its PG-13 rating due to a moderate amount of violence and multiple tense scenes. The film has the typical punching and karate-style kicks seen in adventure movies but also scary scenes that could trouble sensitive children, including snakes crawling out of skulls and zombie-like bodies. The latter involves three characters who have been brought back to a half-alive state but also remain half-dead. One is comprised of snakes, another of bees, and another of roots.

Although Frank does eye Lily for much of the film and calls her "pants" (a nickname derived from her choice of attire in an early 1900s culture that prefers dresses), the movie has minimal sensuality. When she needs to change clothes, he playfully acts as if he wants to watch. (We don't see anything.)

For families of faith, the movie's most troubling moment involves a scene in which Lily's brother -- MacGregor -- strongly implies he is gay. Referencing his desire not to marry a woman, he tells Frank his "interests lie elsewhere." Frank then raises a glass and toasts: "to 'elsewhere.'" "Uncle threatened to disinherit me," MacGregor says. "Friends and family turned their back. All because of who I love. I would've been ostracized from society." Older children likely will have questions.

Families will come to different conclusions about Jungle Cruise. It deserves its PG-13 rating. In many ways, it is like any other family film. But in one significant way, it is not.

Entertainment rating: 3 out of 5 stars

Family-friendly rating: 3 out of 5 stars

Michael Foust has covered the intersection of faith and news for 20 years. His stories have appeared in Baptist Press, Christianity Today, The Christian Post, the Leaf-Chronicle, the Toronto Star and the Knoxville News-Sentinel.

This content first appeared on Crosswalk.com and is used here with permission. To view the original visit: https://www.crosswalk.com/culture/features/things-parents-should-know-about-jungle-cruise.html

Getting Rid of Baggage in Marriage - Crosswalk Couples Devotional - September 22