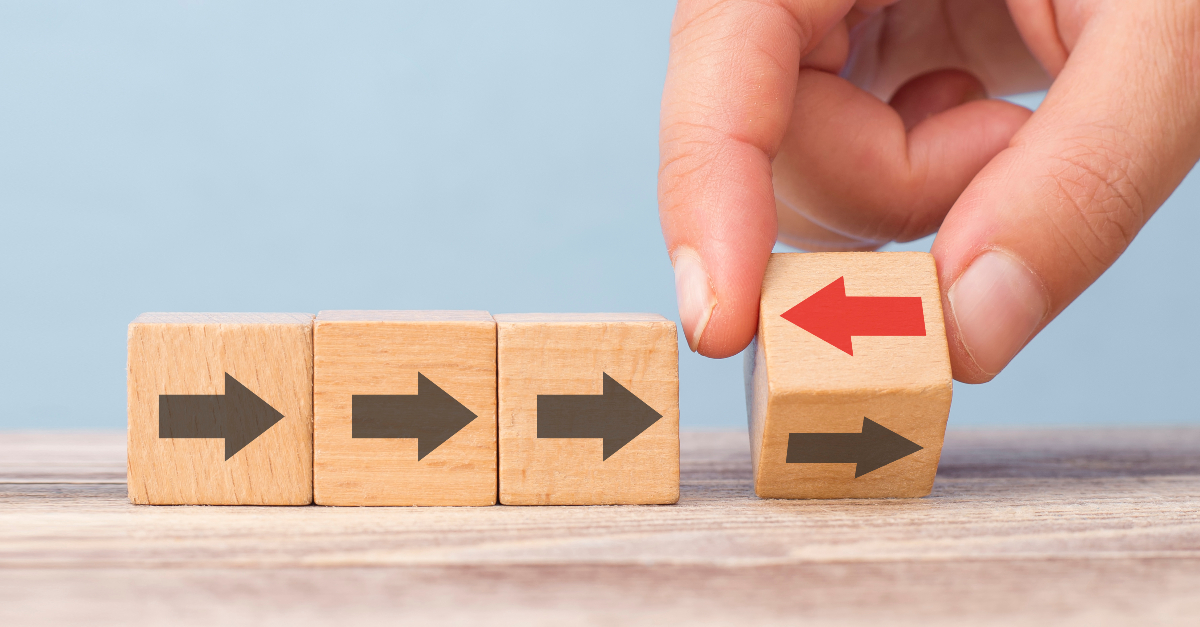 Why do you not rather suffer wrong? – 1 Corinthians 6:7

A dog can whip a polecat, the saying goes, but it’s not worth it.

Some fights you need to walk away from.

Some years ago a few members of a certain Baptist church took the pastor and trustees to court over what they perceived as breaches of scripture, ethics, and good sense. As the new leader of the SBC churches in that area, I was invited to sit in with them one evening and hear the reasons they were taking such serious action. At the conclusion of their presentation, the leader said, “So, what do you think?”

I said, “I think you should walk away from this. No one is going to win this thing except the lawyers. Everything about this is wrong and bad.”

He was wrong. It hadn’t.

They could have stopped that train in its tracks by a single phone call to the lawyers. Doing that would have saved that church from going out of existence, saved themselves and the church a ton of money (both sides hired teams of lawyers from high-priced firms), and saved the cause of Christ a lot of bad press.

It’s never too late to back away from a fight.

It’s just hard. And demands more strength than most people can muster.

One would think it’s the other way around, that courage demands we push our case to the limit, justice demands we insist on our rights, and righteousness demands we make sure the other side gets what’s coming to them.

For believers—serious disciples of the Lord Jesus—there is only one question when facing the possibility of an all-out church battle: “What would you have us do, Lord?”

Writing to believers in Corinth who were embroiled in lawsuits before pagan courts, the apostle Paul was horrified. “Don’t you know that we will someday judge the angels? How then can we explain being unable to solve such a trifle as this, and resorting to asking unbelievers to make it good?” (My paraphrase of 1 Corinthians 6.)

And the biggie, the question that knocks this out of the park:

I keep hearing the echo of a statement from a deacon in a North Carolina church who managed the congregation’s financial affairs and cared little what the pastor thought of how he and his committee did it. “You preachers live in an idealistic world. We have to deal with reality.”

My soft response to that made no visible impact on him that I could see: “The Lord Jesus would be fascinated to hear He doesn’t live in the real world.”

Why not let yourself be wronged?

Why not just “take your lumps” and walk away?

What if we did it…

1. For God’s sake. His honor is at stake here. That should matter to us more than our rights.

2. For sanity’s sake. Think of the sheer craziness of taking someone to court and dealing with the various ramifications of that, the fallout from fractured relationships, and the pain to the congregation.

3. For the sake of your witness. These court cases involving Christians are an ugly blot on our communities.

4. For goodness sake. In taking a fellow believer to court, all we are doing is providing fuel for more wrong, more injustice, and more hurt to the people of our own spiritual family.

Only the strongest can walk away from a fight he could win but for which the cost would be too high.

Here are three things to consider:

1. Consider the collateral damage to a fight.

In brawls on television, furniture gets broken, windows busted, and onlookers injured. In “real life,” churches get destroyed, outsiders get disgusted, young believers get neglected, missions get sidetracked, and the honor of Jesus Christ takes a major hit.

The weak among us—the carnal and the cowardly posing as the courageous and the conquerors—will insist these things will resolve themselves, that all that matters is setting someone straight.

Back away from such a one. He is your biggest enemy and needs to be quarantined.

2. Consider what Jesus would do.

They said, “Lord, speak to my brother. Tell him to divide the inheritance with me.” The trial lawyer in us wants to take that case. “All right, what are the facts? What would be fair? Why is that brother being so heavy-handed and selfish? What does justice require?”

This does not compute, does it? For those of us willing to take up every case, who insist on righting every wrong and punishing every wrong-doer, we are not satisfied with the Lord’s answer.

Jesus loses no sleep over not satisfying our sense of fair play.

He had, as the saying goes, bigger fish to fry. Something He kept calling “my hour” and “the Father’s will.”

He was trying to change men’s hearts...to change their lives...to transform their destiny. The temptation to take every detour that opened up, even those offering attractive soul-satisfying vistas and feel-good revenge settlements, must be resisted.

3. Consider who we are in Christ.

Again and again, in 1 Corinthians 6, the apostle Paul asks, “Do you not know?”

–that the unrighteous shall not inherit the kingdom? (1 Corinthians 6:9-10)

The ramifications of these principles are mind-boggling. Because of who we are in Christ, we can walk away from lesser things, wrong things, and even good things. It’s all because we choose the best things.

When you take your brother to court to get your rights, you are defeated before you start. (1 Corinthians 6:7)

So, why not rather be wronged?

Why not rather be defrauded?

The next time your church—or some unhappy group in your church—decides to take a matter to the courts, someone should do the most courageous thing of their lives and challenge it with Paul’s words.

Most of us have seen this before.

People are raising their voices, demanding justice. This sort of furor feeds on its own momentum, gathering speed and force as it plummets off the hillside. People are angry and growing angrier by the moment. They remind you of a mob scene in an old movie where the crowd gathers outside the jail demanding the prisoner’s release so they can hang him.

And then you stand up.

“Brothers and sisters,” you say softly. “Before we go any further, may I read a passage of scripture?”

Some will protest that “we know what the Bible says, but—(something)!" Fill in: that scripture doesn’t apply, this isn’t covered in the Bible, or it doesn’t matter the Bible says.)

The last thing the bull-headed cowards want is to stop and hear from the Word here.

You read it slowly, pausing between each sentence, letting it sink in. (This cannot be over-emphasized. You must not try to wedge the Word of God in between the rants of the mean-spirited and outspoken. You are trying to clear out space in this brawl for the clear-headed sanity of the Lord’s Word.)

What happens next will tell a thousand things about your group or your church.

God help you. God save His church.

This content first appeared on Crosswalk.com and is used here with permission. To view the original visit: https://www.crosswalk.com/blogs/joe-mckeever/scripture-about-church-conflict.html

The New Birth and Baptism - In Touch - August 11